uddenly, more than 25 years after being taken out of Britain at the age of ten, I’m back. I’ve always been British, made efforts even to stay so, but when I consider the word today I feel a strange self-consciousness about it. Not about myself being British necessarily — I haven’t even begun to digest that yet — but about Britishness itself. Actually, as I write the word again, it becomes more natural, so I wonder whether it’s an idea that is truly under pressure or if it’s just currently fashionable within Britain itself to be questioning the idea.

I know the rest of the world is succumbing to Arab propaganda and questioning the legitimacy of Israel and Israeliness, but to me that is a far more solid entity and identity than others can understand. Life does seem to require adversity, and that is why those countries that are involved in geopolitical conflict have more healthy senses of self. Just as Jews in America may be an endangered species due to assimilation, so Europeans are in danger of losing themselves because they are protected by the United States from any true geopolitical interactions with the rest of the world.

But my view of all this comes from a very particular vantage point, and though I like anyone else believe most of my opinions are right, regarding Britain I believe they are probably wrong, because I’ve been away from here almost all my life, and all those moments in Israel piled one on top of the other over the years that make me feel quite assured of its viability, durability and ongoing interestingness, I lack here. Because I’ve lived within the English language my entire life despite being away from Britain, I feel falsely familiar with life here. Yes, I have kept up an interest, and have made periodical visits since the age of 16, but in truth all those important aspects of life — rites of passage, moments of emotion that take place on the land — I lack here. 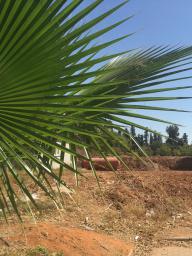 Time passes, and you get to a stage in life where you are already formed by the past. When I look at things here I often see them in the context of Israel. Brighton reminds me of Tel Aviv because it’s by the sea and has an air of Bohemia. The grassy path along the coast eastwards towards Eastbourne, along which we took a walk two weekends ago, reminded me — well, it didn’t remind me of anywhere actually, which made me feel the same way, because I felt that at 36 I am too old to acquire a new place as home. It is a very picturesque, idiosyncratic view back towards Brighton from there, the beautiful pier jutting into the sea, the grassy hills reaching right to the land’s edge, the rows of rooftops with little chimneys cresting segments of the landscape. I could quite imagine that for someone who has grown up here, this lovely view would slot in completely with their soul. But for me, I am no longer young enough to just take it in as something new. I can’t help but try to contextualize it with places that have in the past made me feel at home.

This is peculiar because there are so many aspects of things here that do slot in so nicely with me: the pavements, street signs, buses, house facades, grocery labels. But the electricity outlets seem weird now, big and bulky compared to plugs I’ve been used to for so long now. I’ve had to learn to appreciate them again. It’s not difficult, but it is both new and very old. The handles on the little corners of windows that open, with the little arch just before the nub at the end of the handle: I’d forgotten them completely, though I lived with them every day of my early life, and whereas back then they were just what windows are, now I’m coming to love them. Sort of like loving your child self?

Compared to Italy, where I’ve been living the past two years, I find looking around at a British town such a solid pleasure! (The high street notwithstanding.) Going for a walk around the Old Steine area — well, north of it, but I don’t yet know the names of the areas — I suddenly remembered the wonderful timbre of Richard Baker’s voice doing the overlay at the beginning of “Mary, Mungo and Midge”, a children’s TV show I loved at about the age of four, detailing the aspects of a town. He just couldn’t have mustered up the same love for an Italian town. They feel unbalanced to me in comparison: overly feminine in their pretty parts, with no redeeming attractiveness in their more masculine parts. Yes, British towns are much more masculine, but to me, that is what a town is, right or wrong. 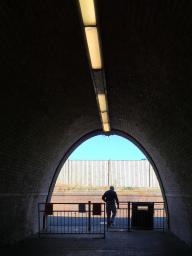 But does any of this make the slightest bit of difference to life? Being in Britain rekindles my love of the design of the Heinz baked beans tin, but this is not actually a British thing, it’s an American thing. (Though I do think the iconic American brands, such as Kellog’s and Tabasco, took a page or two from England’s discovery in the 19th century that branding and design are really vital for mass market goods.)

Israel does not really have this genius for design. When I try to think of an Israeli logo that has touched me, I can’t think of any. What does come to mind is Aroma, the cafe franchise, but the logo isn’t really moving — it’s the haloumi sandwich and the little chocolate that roped me in.

And so I wonder a little what I’m doing here. If the area of land circumscribed between Tel Aviv, Jerusalem and Ra’anana has become home through personal affinity and the weight of the years, am I not better off to accept this, be thankful for a sense of belonging and place, and return there to live out my days? But I am forgetting what I wanted in Britain: to rejoin the Anglosphere, to be part of the society once again that I have always stayed in touch with through books and in more recent years the internet. And that is gratifying, as is the fact that at last I’m in a place where breakfast cereals are cheap, even if my digestive system can alas no longer handle their consumption at any hour of the day or night. 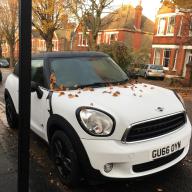 To me, the center of the world is probably Tel Aviv’s Rothschild Boulevard, leading the northeast side to the Habima Theater and beyond that either Dizengoff Center of Kikar Rabin (ok, Rabin Square), and on the southwest side to the Neveh Tzedek neighborhood. But I also find that area inexplicably sterile to literature and language and flowering, although I’m not sure that it is; perhaps it is merely still young and waiting for solid disciplined talents to produce writing there. More than likely I am talking nonsense here.

These thoughts and dilemmas about place — Israel vs. the Anglosphere — are either among the central questions of my soul, or are a complete empty exercise and a pleasant holiday away from more real issues that I prefer to ignore. I’m not sure. Meanwhile I am in Brighton, which seems to have a nicely developed sense of itself as a vivacious, happening place that’s fun and congenial. People here use the word “Brighton” a lot, just as in New York you tend to hear the term “New York”, whereas in Tel Aviv you almost never hear the words “Tel Aviv” and my guess is you don’t much hear “London” in London. Whether or not these things actually matter in life, I still can’t tell.